There are lots of exciting things that a 20-year time series of the MOC interannual variability could be used for! This paper describes a method to estimate the Atlantic MOC at 26N since 1993.

My new paper is now published at Geophysical Research Letters. 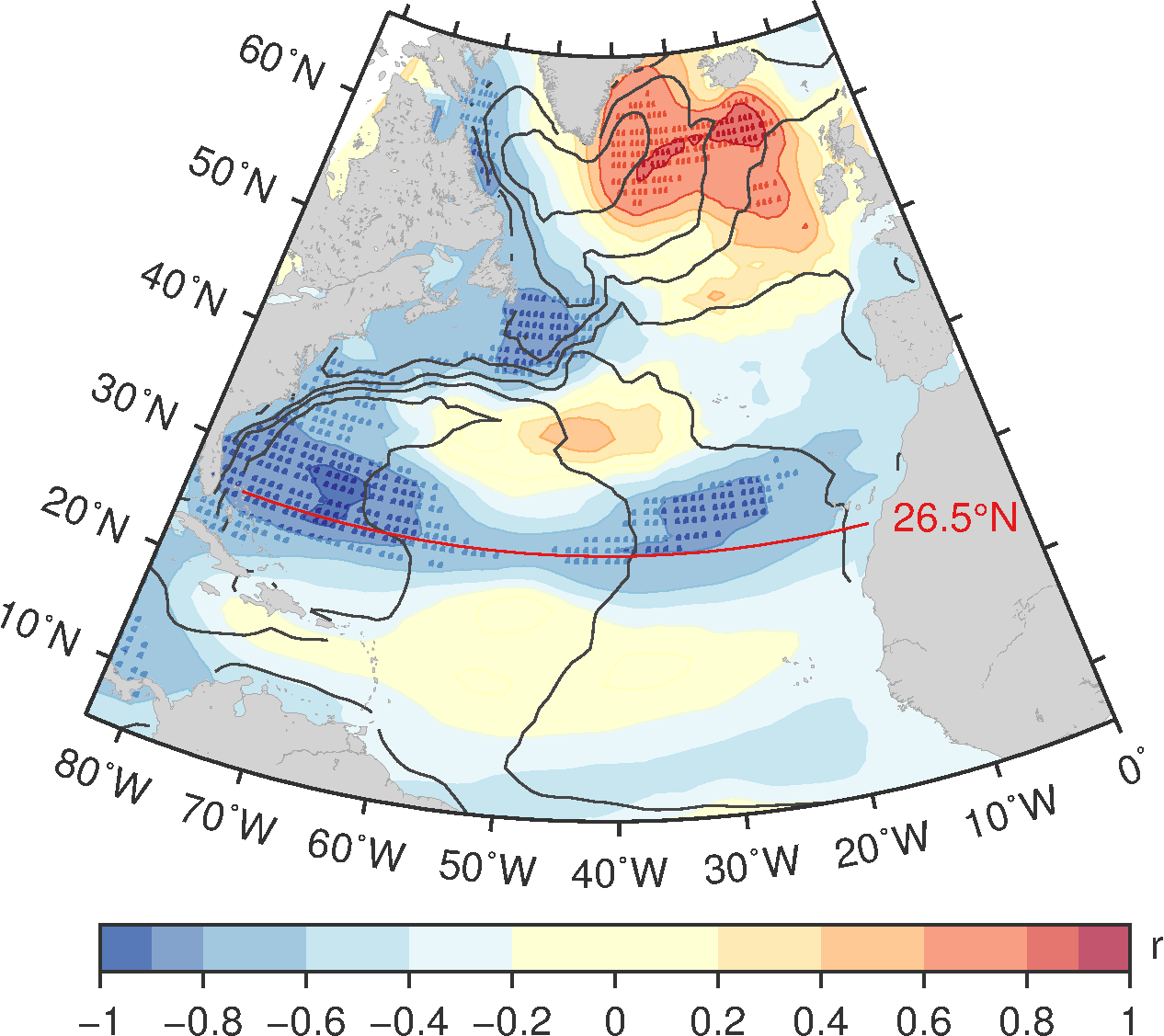 It uses the 10-year time series of data from RAPID at 26N in the Atlantic to determine a relationship between sea level variability in the Atlantic and the top 1000-m transport estimated from moorings. The main result is a simple statistical correlation between this transport time series, on interannual timescales, and the sea surface height in the western part of the subtropical North Atlantic.

The correlation is quite strong, as can be seen in Fig. 2 of the paper:

(left) Time series of UMO transport from RAPID (pink) and the SLA proxy, UMO* (black) based on linear regression between UMO and SLA. Gray shading indicates uncertainty associated with the slope of the regression. The dashed grey lines mark the mean of UMO* over the two decades, 1993–2003 and 2004–2014. (right) Scatterplot between the SLA centered at 30°N, 70°W and UMO transport (r = 0.92), with the best fit linear regression overlaid and 95% confidence. 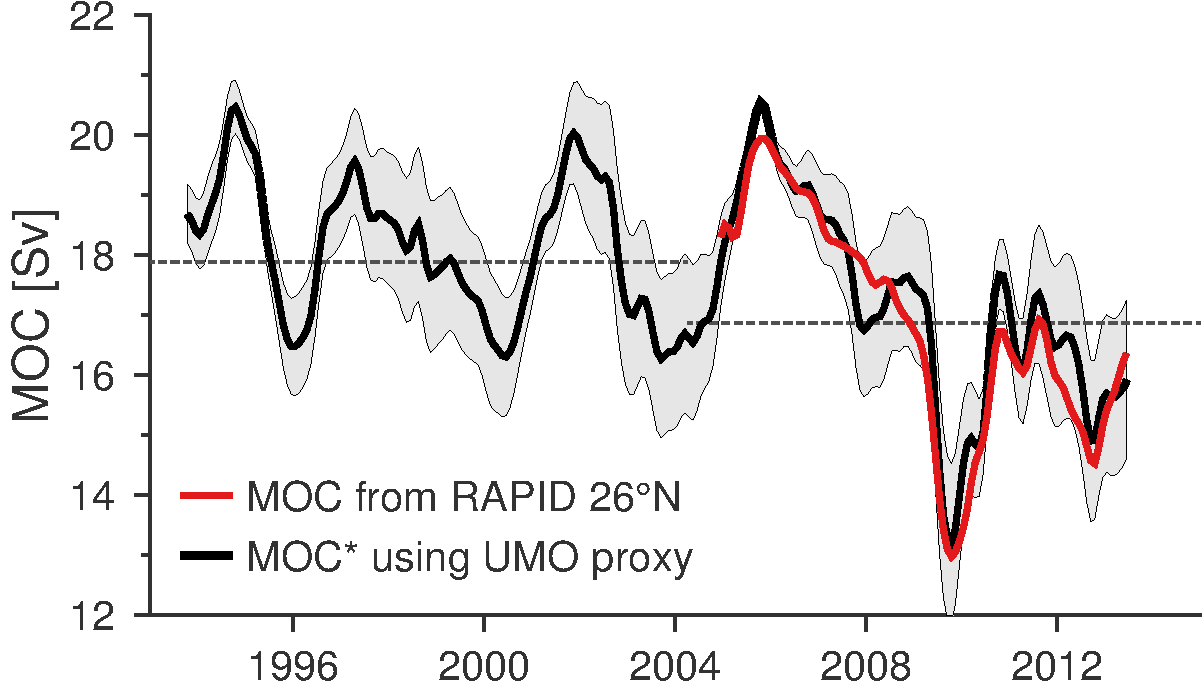 Since the MOC at 26N is estimated as the sum of three components, MOC=Ek+FC+UMO, where Ek = surface Ekman transport, FC = Florida Current transport and UMO = upper mid-ocean transport (roughly the north-south volume transport in the top 1100 m between the Bahamas and the Canary Islands), if we can estimate the UMO from altimetry and we have estimates of the Ek and FC from surface wind products and the Florida Cable measurements, then we can estimate the MOC back in time.

The main results of the paper are that

Looking for the slides or data? Check Moc-from-Space.