The DynOPO project and successful missions of Autosub Long Range got a bit of coverage in the news today, with articles in the BBC, the Guardian, and press releases on the University of Southampton webpage and the NERC website. 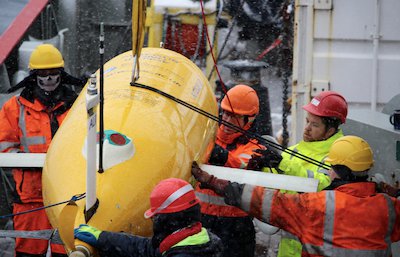 For UK Robotics week (26-30 June 2017), the University of Southampton released a press item about the return of Boaty. This got picked up by a number of news outlets, and can be found at:

Here is a nice clip that merges some footage from Povl and the animation:

In case you missed it

Check out the animation of Autosub Long Range’s journey through Orkney Passage:

There are some additional online releases about the DynOPO project and Boaty, including:

Or find out about the science of the DynOPO project.

You can also read about Autosub Robots for Marine Science (external link).

« For Wissenschaftsjahr
Archive
Oceans and Climate event in London »
