The University of Southampton is running a series of public lectures on the Environment. Sept 25th, the topic was Oceans and Climate, and Eleanor was one of the keynote speakers talking about using ocean observations to investigate the ocean circulation - including the RAPID array and Boaty McBoatface. The event was livestreamed and tweeted (#UoSLectures) from the venue, the Institute of Mechanical Engineers in London. 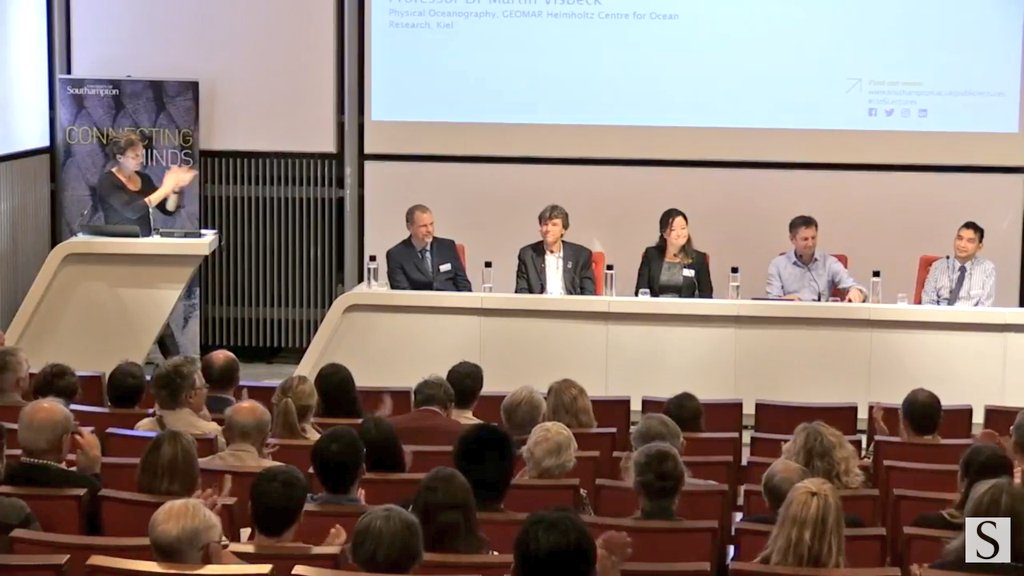 The three keynote talks were delivered by Eleanor Frajka-Williams, Stephen Belcher (Chief Scientist, Met Office) and Martin Visbeck (Physical Oceanographer, IFM-Geomar Kiel) on the topics of ocean observations, oceans and weather, and human and ocean interaction. Following the talks, there was a panel with the speakers as well as Joerg Wiedermann (UoS) and Bablu Sinha (NOC).

For more information about the event, as well as footage and photos, see https://www.southampton.ac.uk/news/events/2017/09/25-oceans-and-climate-public-lecture.page