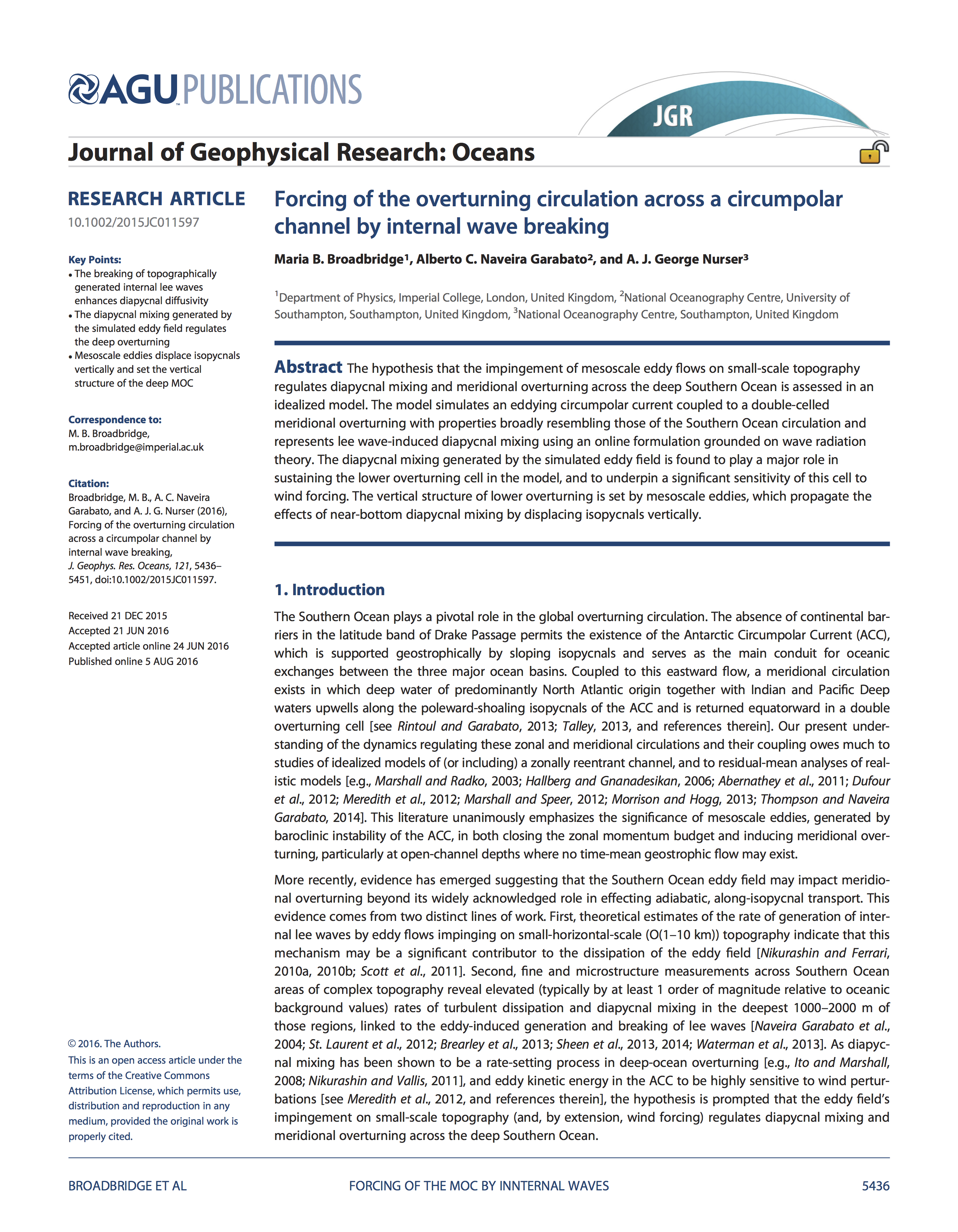 abstract: The hypothesis that the impingement of mesoscale eddy flows on small-scale topography regulates diapycnal mixing and meridional overturning across the deep Southern Ocean is assessed in an idealized model. The model simulates an eddying circumpolar current coupled to a double-celled meridional overturning with properties broadly resembling those of the Southern Ocean circulation and represents lee wave-induced diapycnal mixing using an online formulation grounded on wave radiation theory. The diapycnal mixing generated by the simulated eddy field is found to play a major role in sustaining the lower overturning cell in the model, and to underpin a significant sensitivity of this cell to wind forcing. The vertical structure of lower overturning is set by mesoscale eddies, which propagate the effects of near-bottom diapycnal mixing by displacing isopycnals vertically.