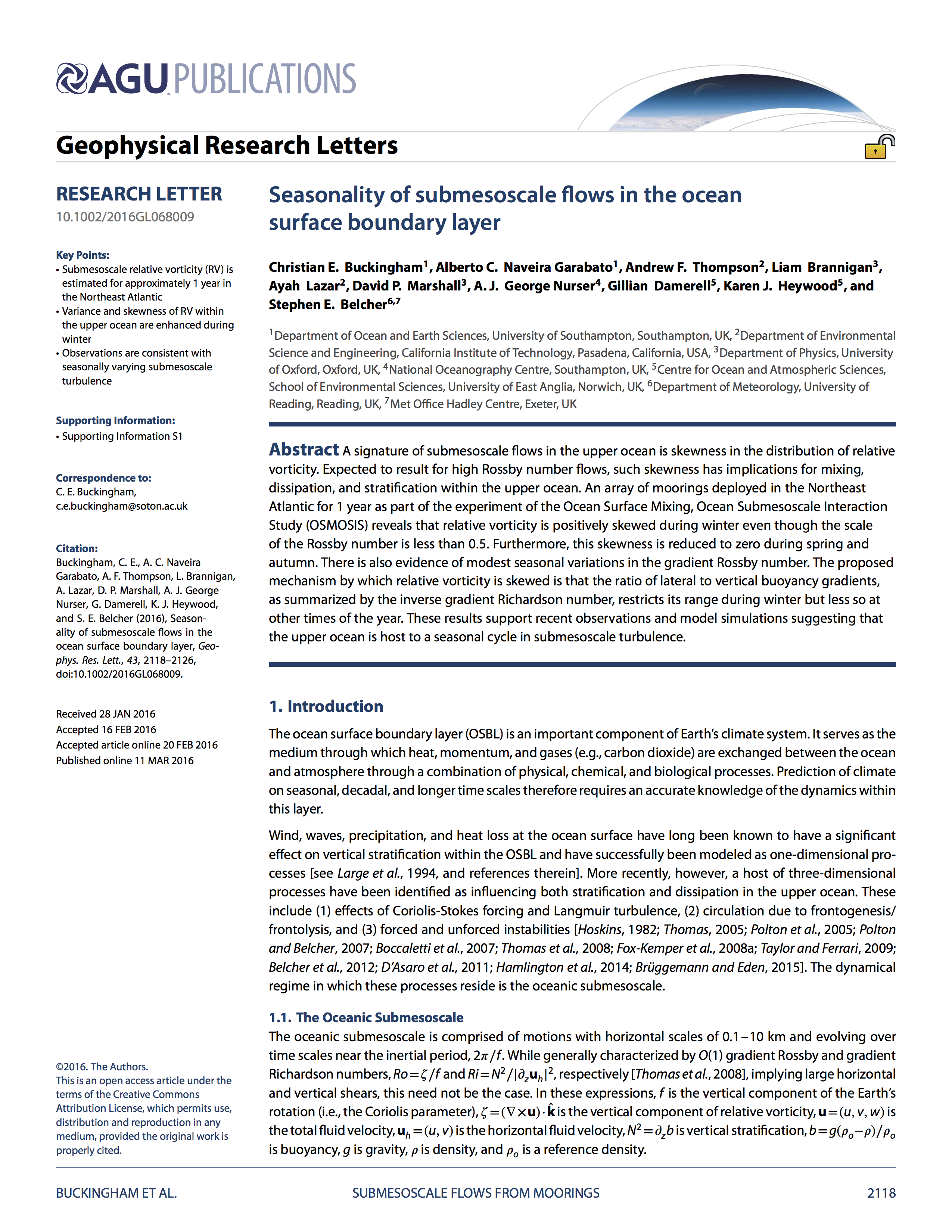 abstract: A signature of submesoscale flows in the upper ocean is skewness in the distribution of relative vorticity. Expected to result for high Rossby-number flows, such skewness has implications for mixing, dissipation and stratification within the upper ocean. An array of moorings deployed in the Northeast Atlantic for one year as part of the OSMOSIS experiment reveals that relative vorticity is positively skewed during winter even though the scale of the Rossby number is less than 0.5. Furthermore, this skewness is reduced to zero during spring and autumn. There is also evidence of modest seasonal variations in the gradient Rossby number. The proposed mechanism by which relative vorticity is skewed is that the ratio of lateral to vertical buoyancy gradients, as summarized by the inverse gradient Richardson number, restricts its range during winter but less so at other times of the year. These results support recent observations and model simulations suggesting the upper ocean is host to a seasonal cycle in submesoscale turbulence.