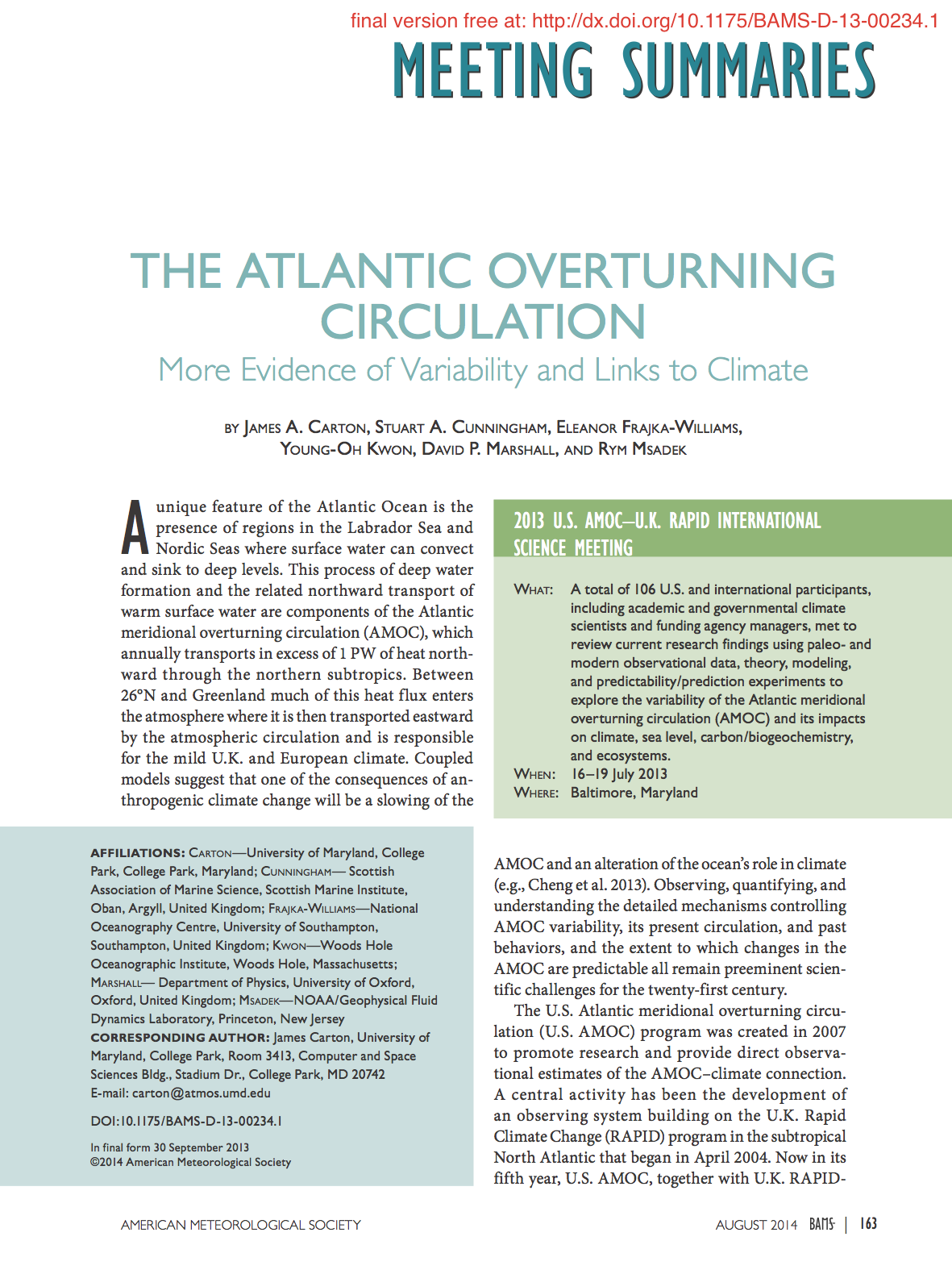 abstract: A unique feature of the Atlantic Ocean is the presence of regions in the Labrador Sea and Nordic Seas where surface water can convect and sink to deep levels. This process of deep water formation and the related northward transport of warm surface water are components of the Atlantic meridional overturning circulation (AMOC), which annually transports in excess of 1 PW of heat northward through the northern subtropics. Between 26°N and Greenland much of this heat flux enters the atmosphere where it is then transported eastward by the atmospheric circulation and is responsible for the mild U.K. and European climate. Coupled models suggest that one of the consequences of anthropogenic climate change will be a slowing of the AMOC and an alteration of the ocean’s role in climate (e.g., Cheng et al. 2013). Observing, quantifying, and understanding the detailed mechanisms controlling AMOC variability, its present circulation, and past behaviors, and the extent to which changes in the AMOC are predictable all remain preeminent scientific challenges for the twenty-first century.