Clément, Louis and Frajka-Williams, Eleanor and Szuts, Zoltan B. and Cunningham, Stuart A. 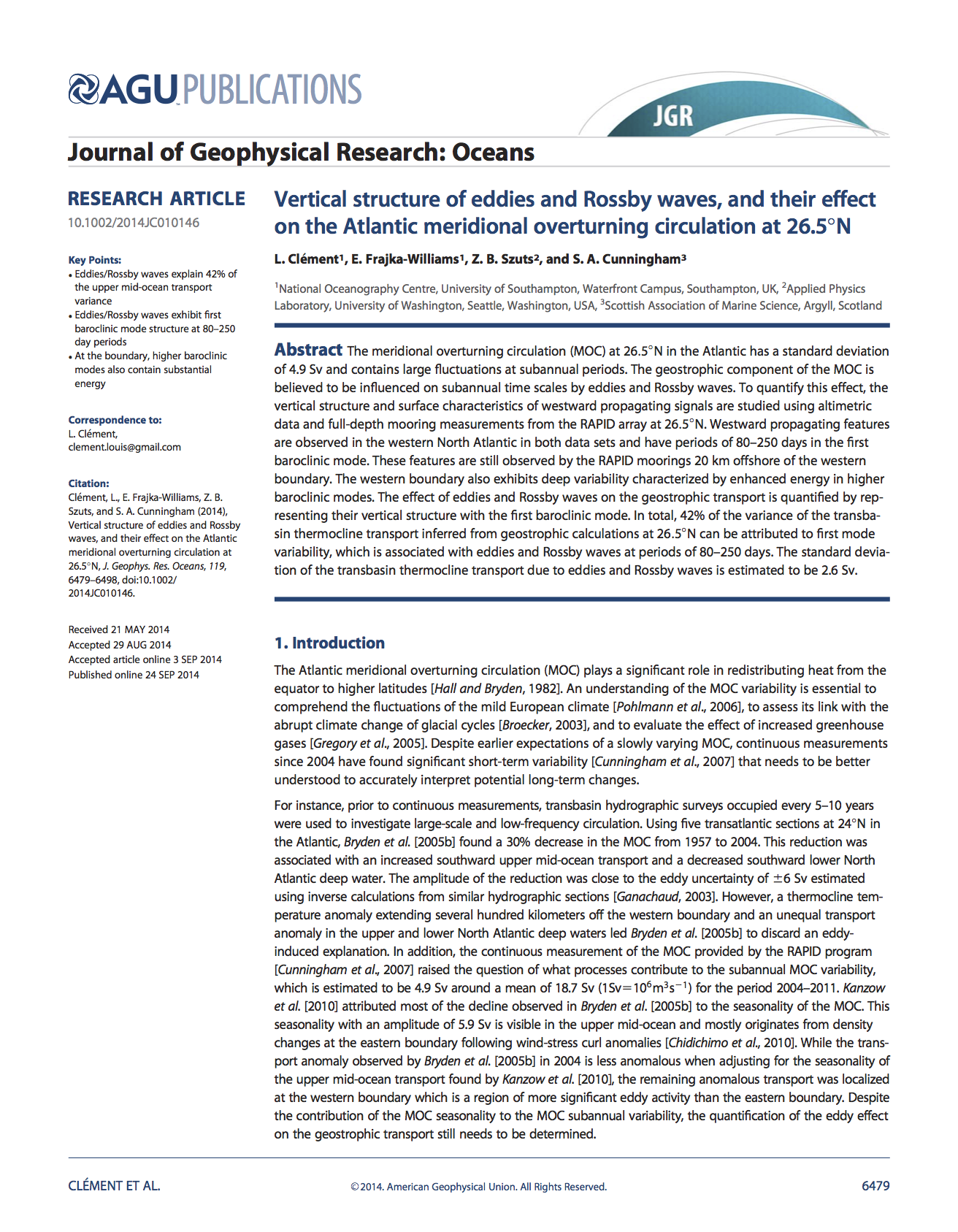 abstract: The meridional overturning circulation (MOC) at inline image in the Atlantic has a standard deviation of 4.9 Sv and contains large fluctuations at subannual periods. The geostrophic component of the MOC is believed to be influenced on subannual time scales by eddies and Rossby waves. To quantify this effect, the vertical structure and surface characteristics of westward propagating signals are studied using altimetric data and full-depth mooring measurements from the RAPID array at inline image. Westward propagating features are observed in the western North Atlantic in both data sets and have periods of 80–250 days in the first baroclinic mode. These features are still observed by the RAPID moorings 20 km offshore of the western boundary. The western boundary also exhibits deep variability characterized by enhanced energy in higher baroclinic modes. The effect of eddies and Rossby waves on the geostrophic transport is quantified by representing their vertical structure with the first baroclinic mode. In total, 42% of the variance of the transbasin thermocline transport inferred from geostrophic calculations at inline image can be attributed to first mode variability, which is associated with eddies and Rossby waves at periods of 80–250 days. The standard deviation of the transbasin thermocline transport due to eddies and Rossby waves is estimated to be 2.6 Sv.