Cunningham, Stuart A. and Roberts, Chris and Frajka-Williams, Eleanor and Johns, W. E. and Hobbs, W. and Palmer, Matt D. and Rayner, D. and Smeed, D. A. and McCarthy, G. D. 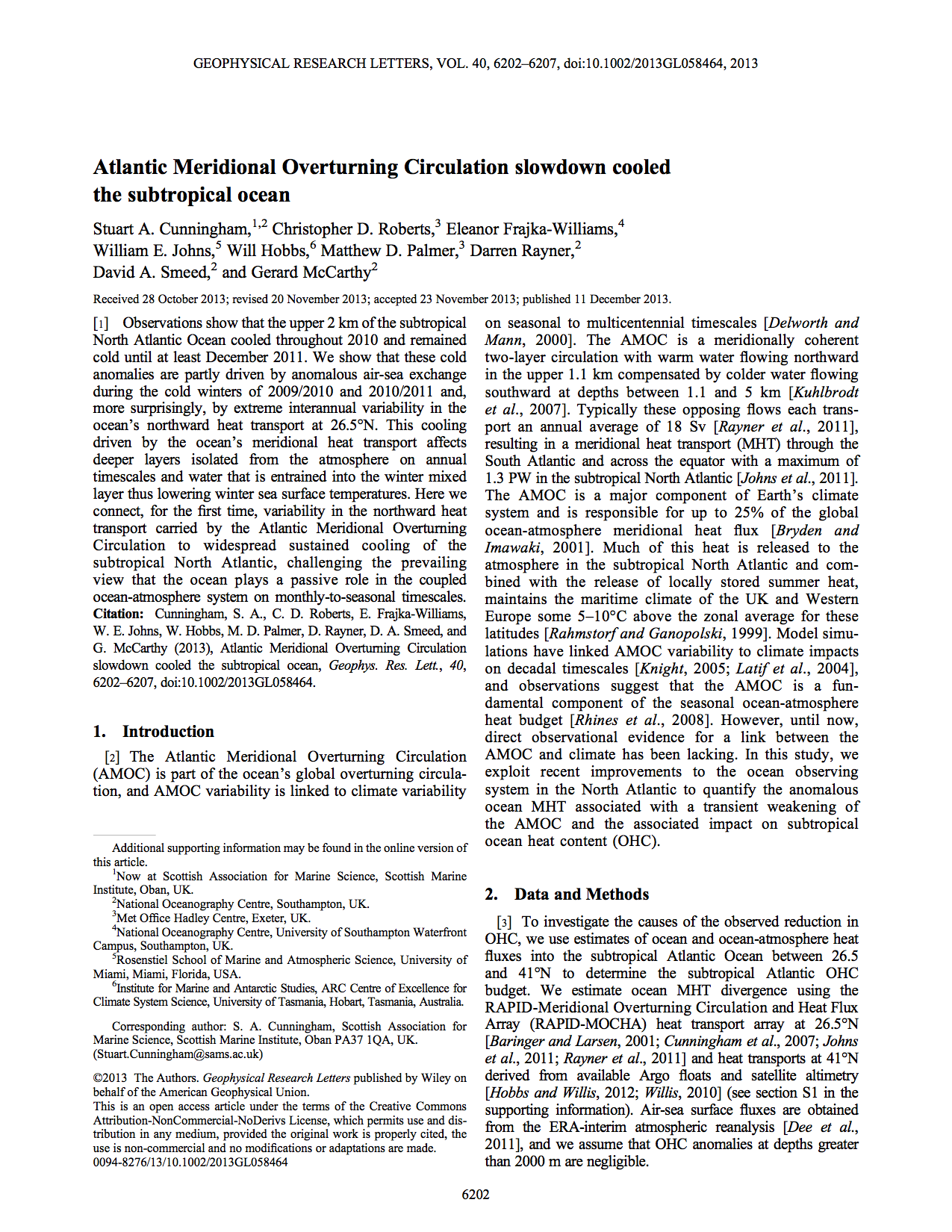 abstract: Observations show that the upper 2 km of the subtropical North Atlantic Ocean cooled throughout 2010 and remained cold until at least December 2011. We show that these cold anomalies are partly driven by anomalous air-sea exchange during the cold winters of 2009/2010 and 2010/2011 and, more surprisingly, by extreme interannual variability in the ocean’s northward heat transport at 26.5°N. This cooling driven by the ocean’s meridional heat transport affects deeper layers isolated from the atmosphere on annual timescales and water that is entrained into the winter mixed layer thus lowering winter sea surface temperatures. Here we connect, for the first time, variability in the northward heat transport carried by the Atlantic Meridional Overturning Circulation to widespread sustained cooling of the subtropical North Atlantic, challenging the prevailing view that the ocean plays a passive role in the coupled ocean-atmosphere system on monthly-to-seasonal timescales.