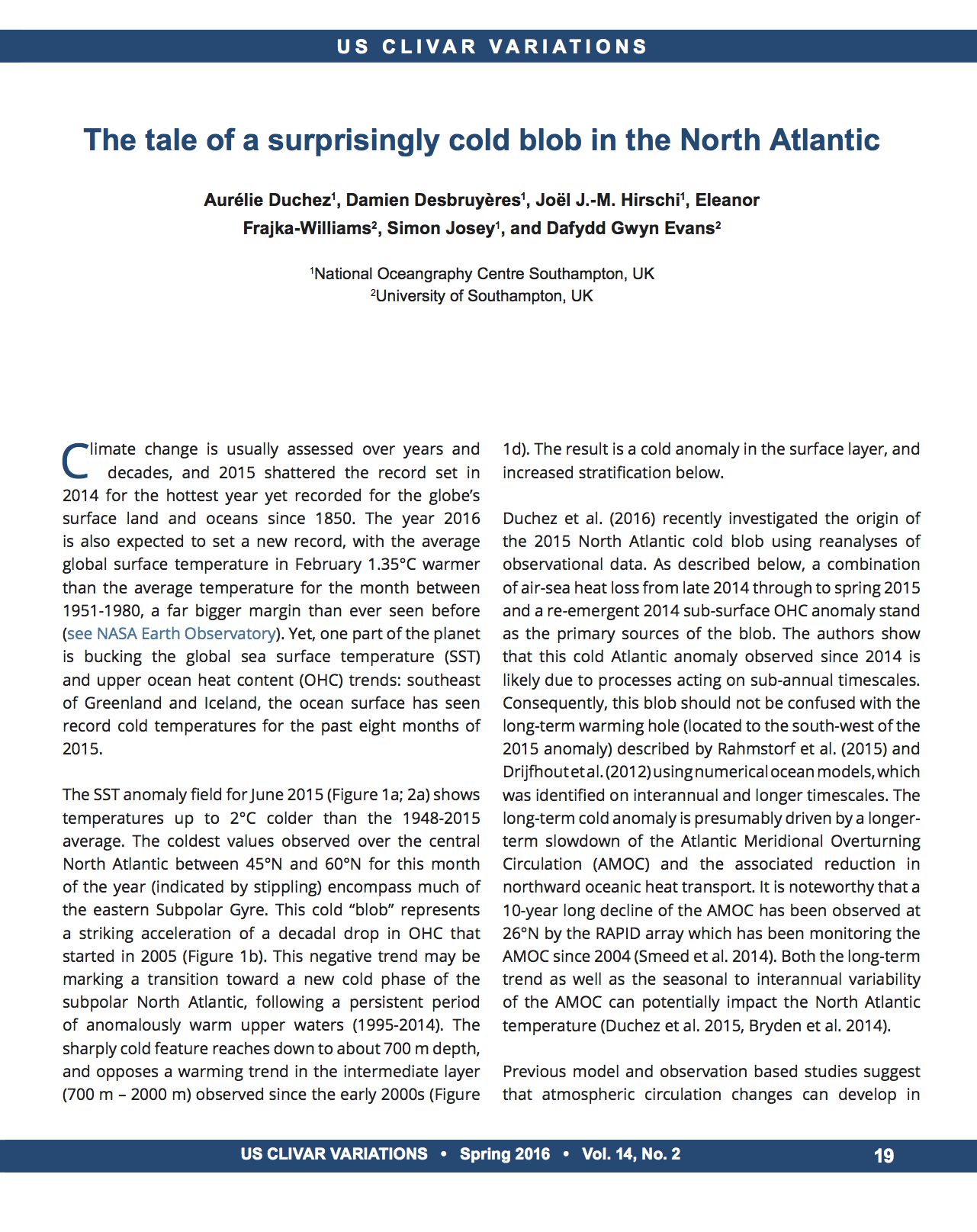 abstract: Climate change is usually assessed over years and decades, and 2015 shattered the record set in 2014 for the hottest year yet recorded for the globe’s surface land and oceans since 1850. The year 2016 is also expected to set a new record, with the average global surface temperature in February 1.35 deg C warmer than the average temperature for the month between 1951-1980, a far bigger margin than ever seen before. Yet, one part of the planet is bucking the global sea surface temperature (SST) and upper ocean heat content (OHC) trends: southeast of Greenland and Iceland, the ocean surface has seen record cold temperatures for the past eight months of 2015.