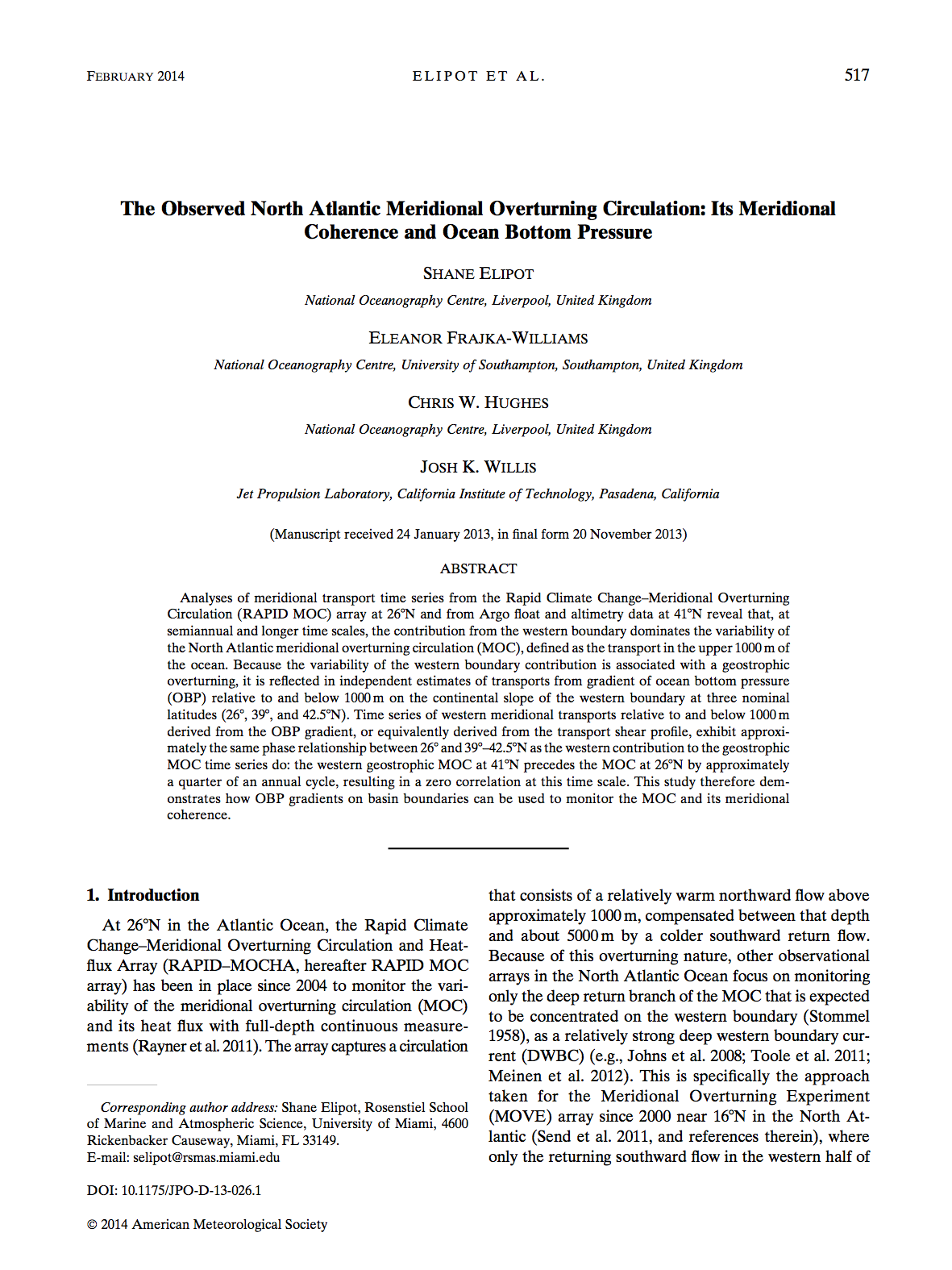 abstract: Analyses of meridional transport time series from the Rapid Climate Change–Meridional Overturning Circulation (RAPID MOC) array at 26°N and from Argo float and altimetry data at 41°N reveal that, at semiannual and longer time scales, the contribution from the western boundary dominates the variability of the North Atlantic meridional overturning circulation (MOC), defined as the transport in the upper 1000 m of the ocean. Because the variability of the western boundary contribution is associated with a geostrophic overturning, it is reflected in independent estimates of transports from gradient of ocean bottom pressure (OBP) relative to and below 1000 m on the continental slope of the western boundary at three nominal latitudes (26°, 39°, and 42.5°N). Time series of western meridional transports relative to and below 1000 m derived from the OBP gradient, or equivalently derived from the transport shear profile, exhibit approximately the same phase relationship between 26° and 39°–42.5°N as the western contribution to the geostrophic MOC time series do: the western geostrophic MOC at 41°N precedes the MOC at 26°N by approximately a quarter of an annual cycle, resulting in a zero correlation at this time scale. This study therefore demonstrates how OBP gradients on basin boundaries can be used to monitor the MOC and its meridional coherence.