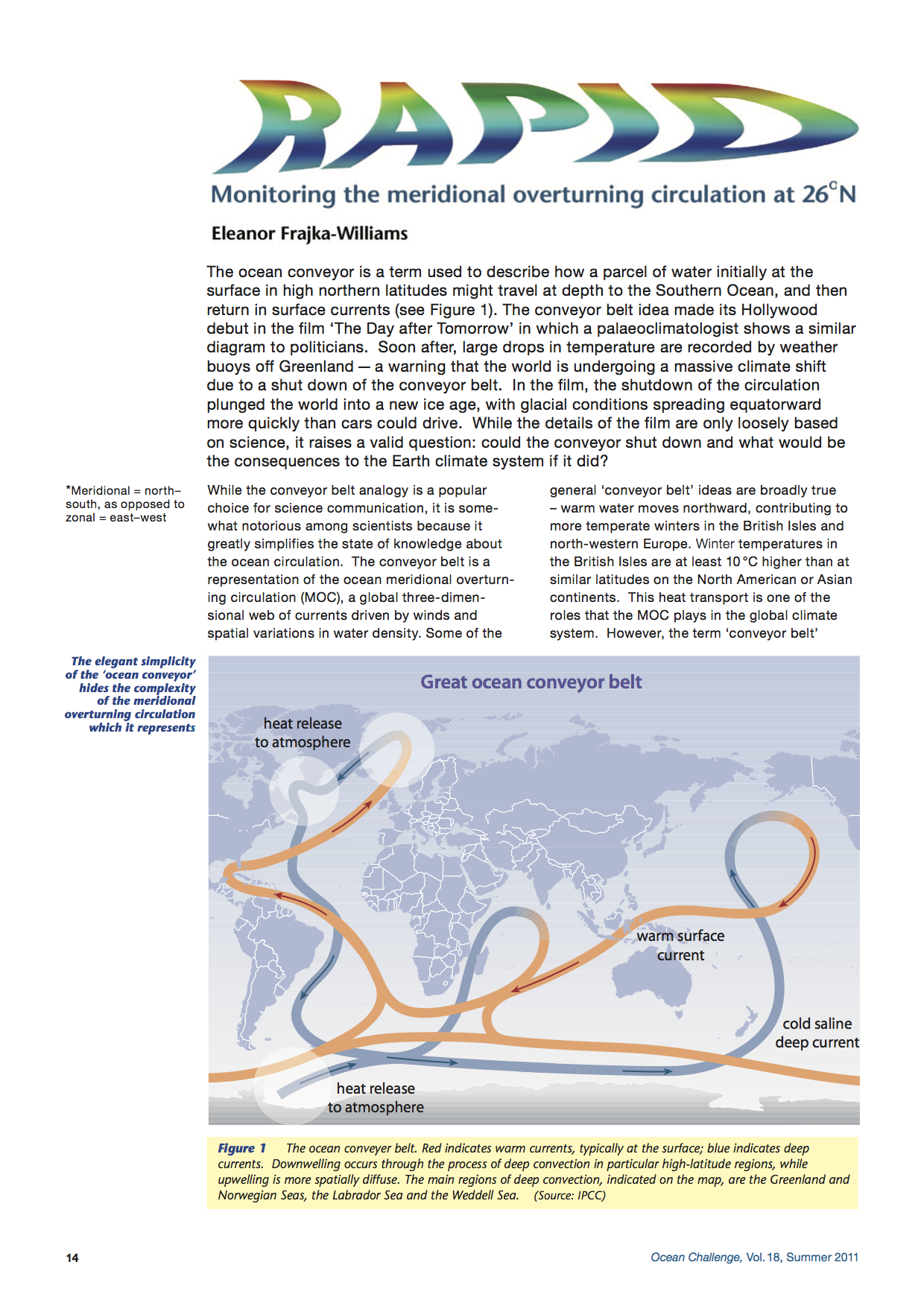 abstract: The ocean conveyor is a term used to describe how a parcel of water initially at the surface in high northern latitudes might travel at depth to the Southern Ocean, and then return in surface currents (see Figure 1). The conveyor belt idea made its Hollywood debut in the film ‘The Day after Tomorrow’ in which a palaeoclimatologist shows a similar diagram to politicians. Soon after, large drops in temperature are recorded by weather buoys off Greenland — a warning that the world is undergoing a massive climate shift due to a shut down of the conveyor belt. In the film, the shutdown of the circulation plunged the world into a new ice age, with glacial conditions spreading equatorward more quickly than cars could drive. While the details of the film are only loosely based on science, it raises a valid question: could the conveyor shut down and what would be the consequences to the Earth climate system if it did?