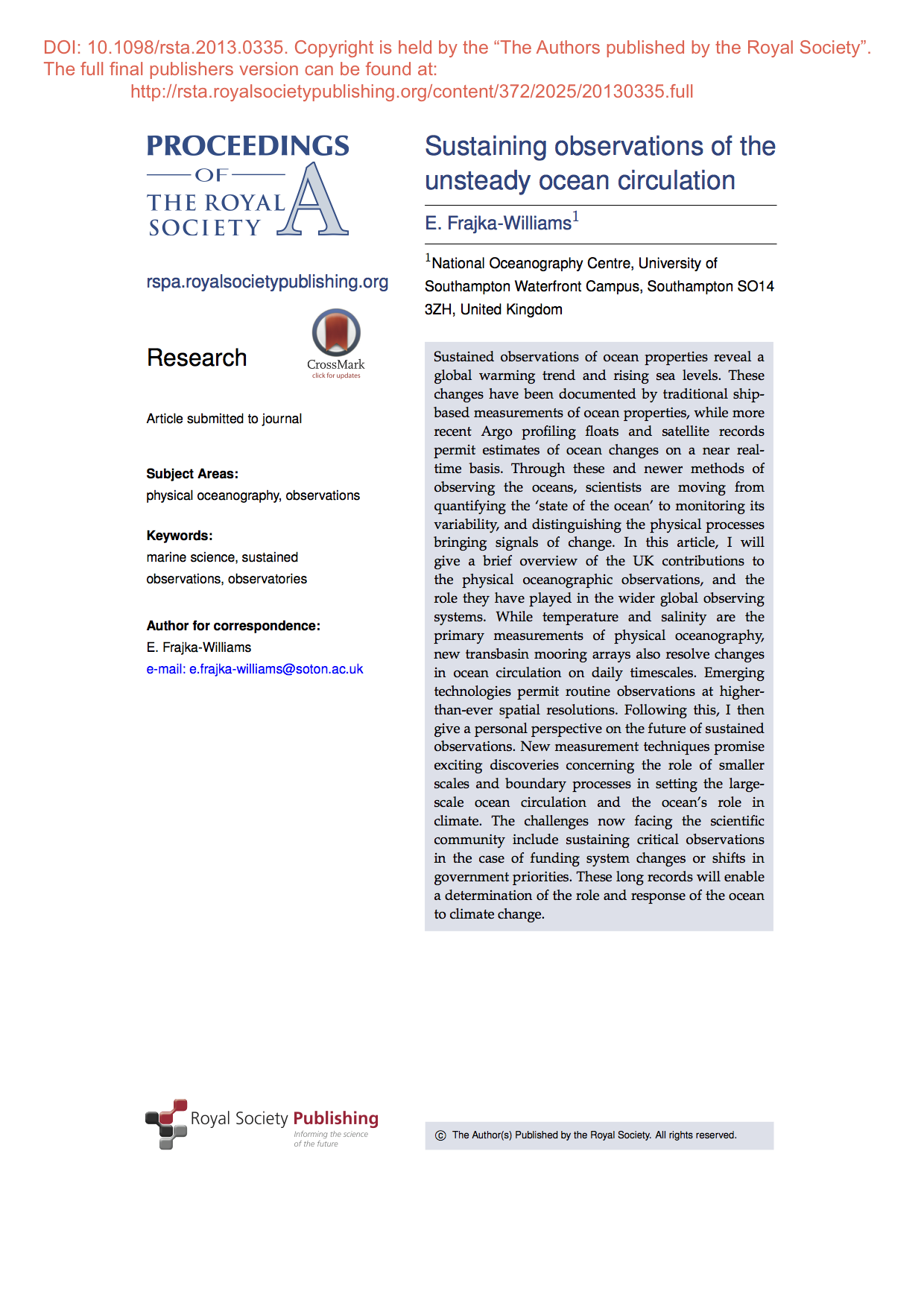 abstract: Sustained observations of ocean properties reveal a global warming trend and rising sea levels. These changes have been documented by traditional ship-based measurements of ocean properties, whereas more recent Argo profiling floats and satellite records permit estimates of ocean changes on a near real-time basis. Through these and newer methods of observing the oceans, scientists are moving from quantifying the ‘state of the ocean’ to monitoring its variability, and distinguishing the physical processes bringing signals of change. In this paper, I give a brief overview of the UK contributions to the physical oceanographic observations, and the role they have played in the wider global observing systems. While temperature and salinity are the primary measurements of physical oceanography, new transbasin mooring arrays also resolve changes in ocean circulation on daily timescales. Emerging technologies permit routine observations at higher-than-ever spatial resolutions. Following this, I then give a personal perspective on the future of sustained observations. New measurement techniques promise exciting discoveries concerning the role of smaller scales and boundary processes in setting the large-scale ocean circulation and the ocean’s role in climate. The challenges now facing the scientific community include sustaining critical observations in the case of funding system changes or shifts in government priorities. These long records will enable a determination of the role and response of the ocean to climate change.