Frajka-Williams, Eleanor and Rhines, Peter B. 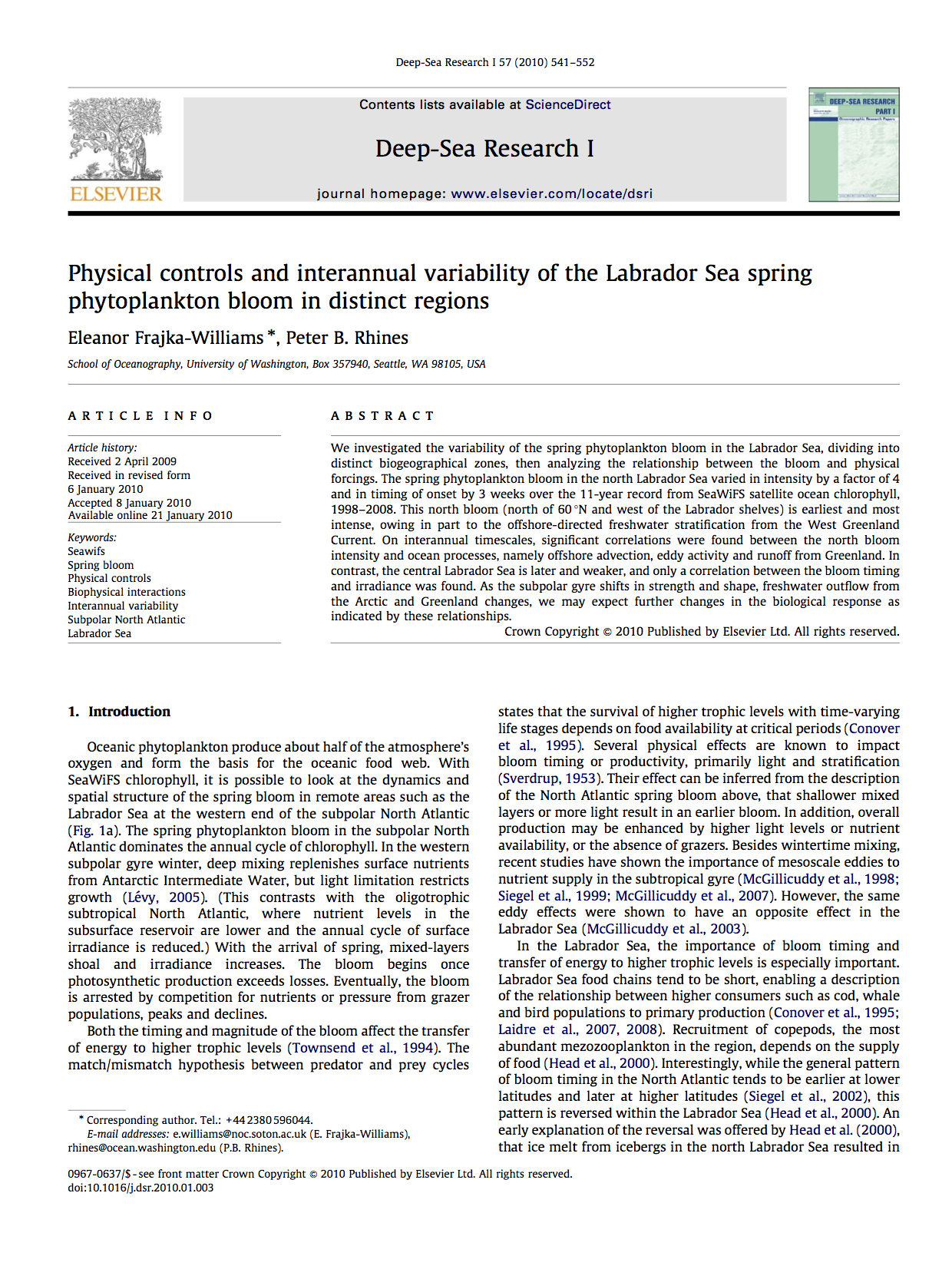 abstract: We investigated the variability of the spring phytoplankton bloom in the Labrador Sea, dividing into distinct biogeographical zones, then analyzing the relationship between the bloom and physical forcings. The spring phytoplankton bloom in the north Labrador Sea varied in intensity by a factor of 4 and in timing of onset by 3 weeks over the 11-year record from SeaWiFS satellite ocean chlorophyll, 1998–2008. This north bloom (north of 60 °N and west of the Labrador shelves) is earliest and most intense, owing in part to the offshore-directed freshwater stratification from the West Greenland Current. On interannual timescales, significant correlations were found between the north bloom intensity and ocean processes, namely offshore advection, eddy activity and runoff from Greenland. In contrast, the central Labrador Sea is later and weaker, and only a correlation between the bloom timing and irradiance was found. As the subpolar gyre shifts in strength and shape, freshwater outflow from the Arctic and Greenland changes, we may expect further changes in the biological response as indicated by these relationships.