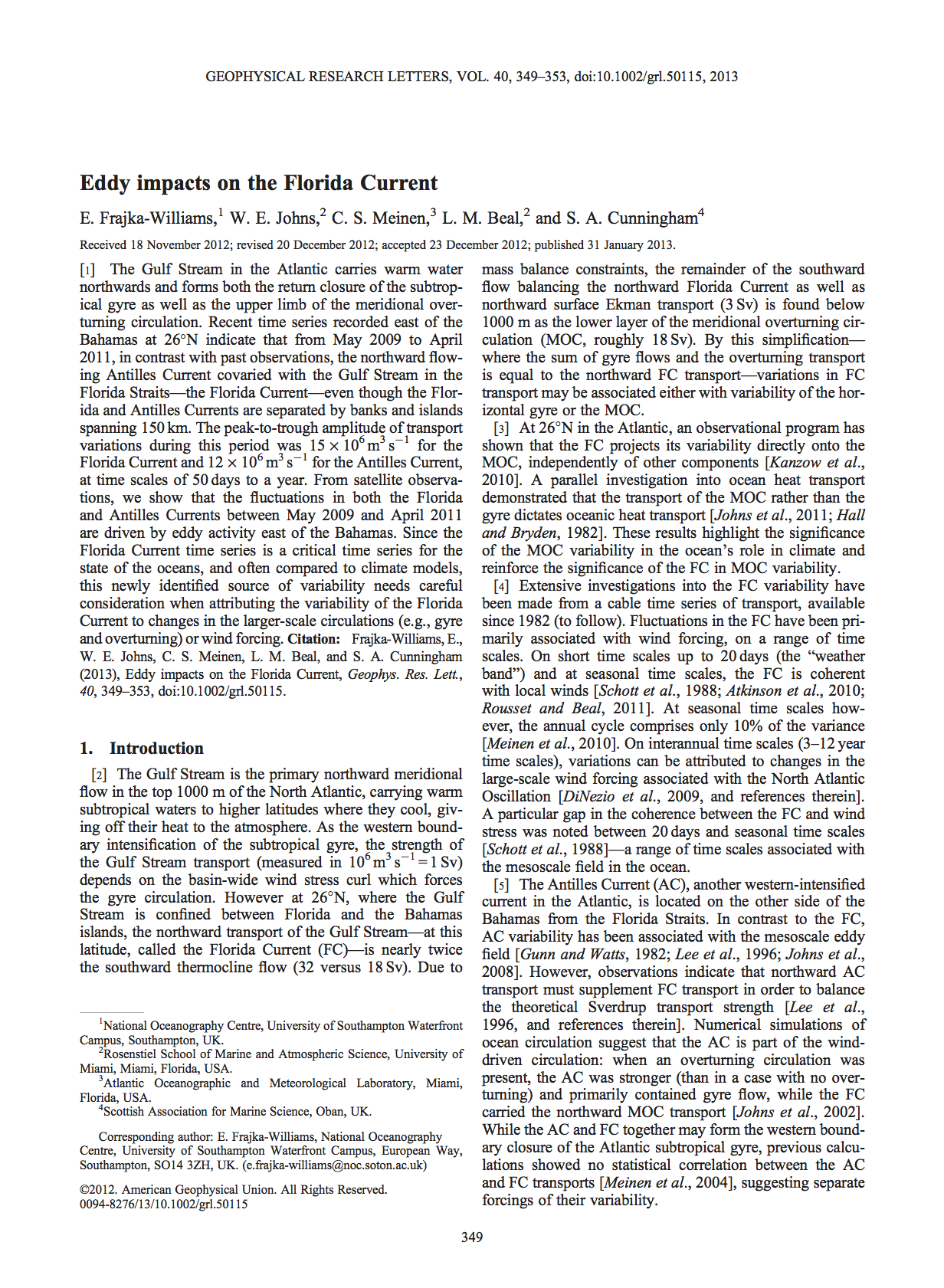 abstract: The Gulf Stream in the Atlantic carries warm water northwards and forms both the return closure of the subtropical gyre as well as the upper limb of the meridional overturning circulation. Recent time series recorded east of the Bahamas at 26°N indicate that from May 2009 to April 2011, in contrast with past observations, the northward flowing Antilles Current covaried with the Gulf Stream in the Florida Straits—the Florida Current—even though the Florida and Antilles Currents are separated by banks and islands spanning 150 km. The peak-to-trough amplitude of transport variations during this period was 15 × 106 m3 s−1 for the Florida Current and 12 × 106 m3 s−1 for the Antilles Current, at time scales of 50 days to a year. From satellite observations, we show that the fluctuations in both the Florida and Antilles Currents between May 2009 and April 2011 are driven by eddy activity east of the Bahamas. Since the Florida Current time series is a critical time series for the state of the oceans, and often compared to climate models, this newly identified source of variability needs careful consideration when attributing the variability of the Florida Current to changes in the larger-scale circulations (e.g., gyre and overturning) or wind forcing.