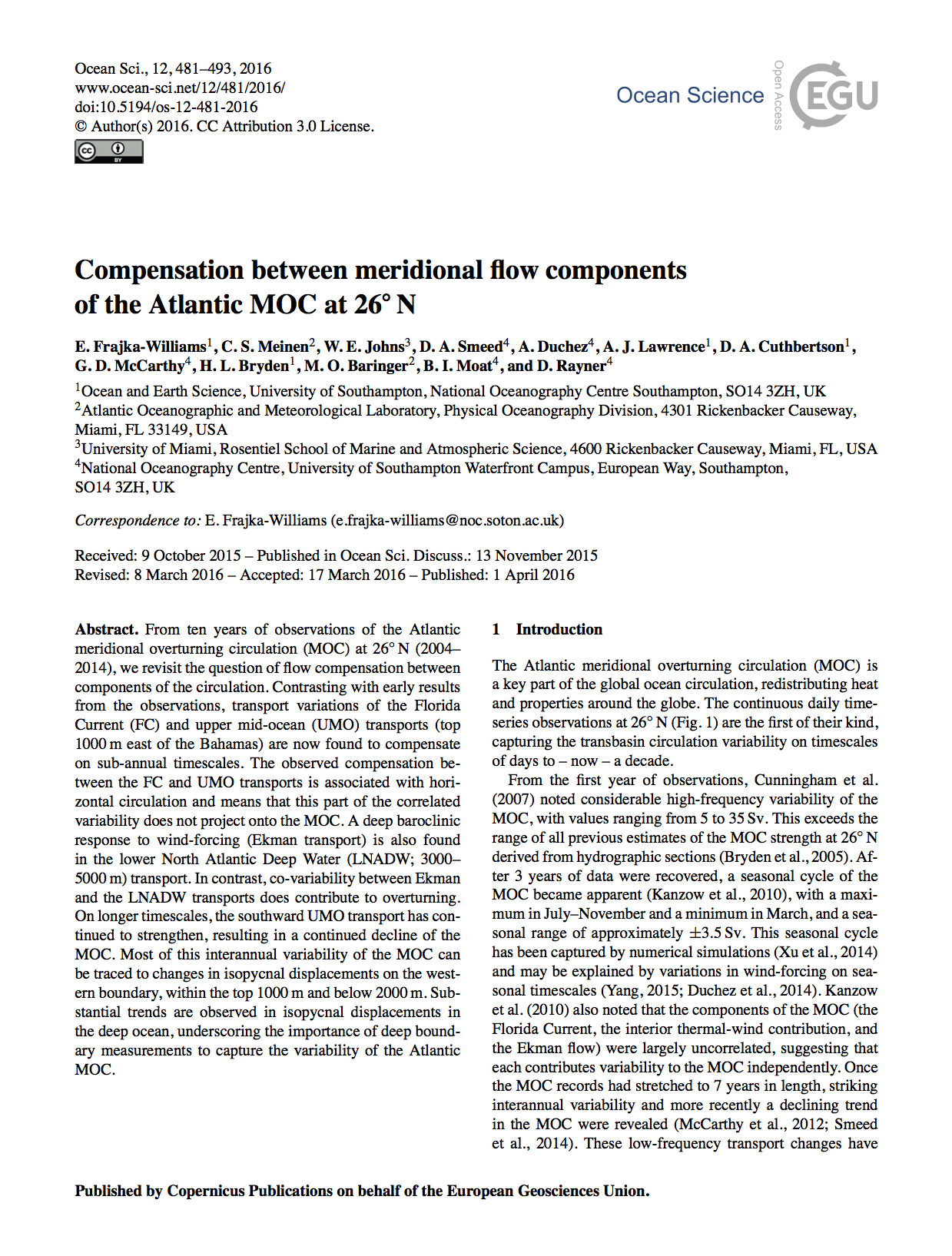 abstract: From ten years of observations of the Atlantic meridional overturning circulation (MOC) at 26° N (2004–2014), we revisit the question of flow compensation between components of the circulation. Contrasting with early results from the observations, transport variations of the Florida Current (FC) and upper mid-ocean (UMO) transports (top 1000 m east of the Bahamas) are now found to compensate on sub-annual timescales. The observed compensation between the FC and UMO transports is associated with horizontal circulation and means that this part of the correlated variability does not project onto the MOC. A deep baroclinic response to wind-forcing (Ekman transport) is also found in the lower North Atlantic Deep Water (LNADW; 3000–5000 m) transport. In contrast, co-variability between Ekman and the LNADW transports does contribute to overturning. On longer timescales, the southward UMO transport has continued to strengthen, resulting in a continued decline of the MOC. Most of this interannual variability of the MOC can be traced to changes in isopycnal displacements on the western boundary, within the top 1000 m and below 2000 m. Substantial trends are observed in isopycnal displacements in the deep ocean, underscoring the importance of deep boundary measurements to capture the variability of the Atlantic MOC.