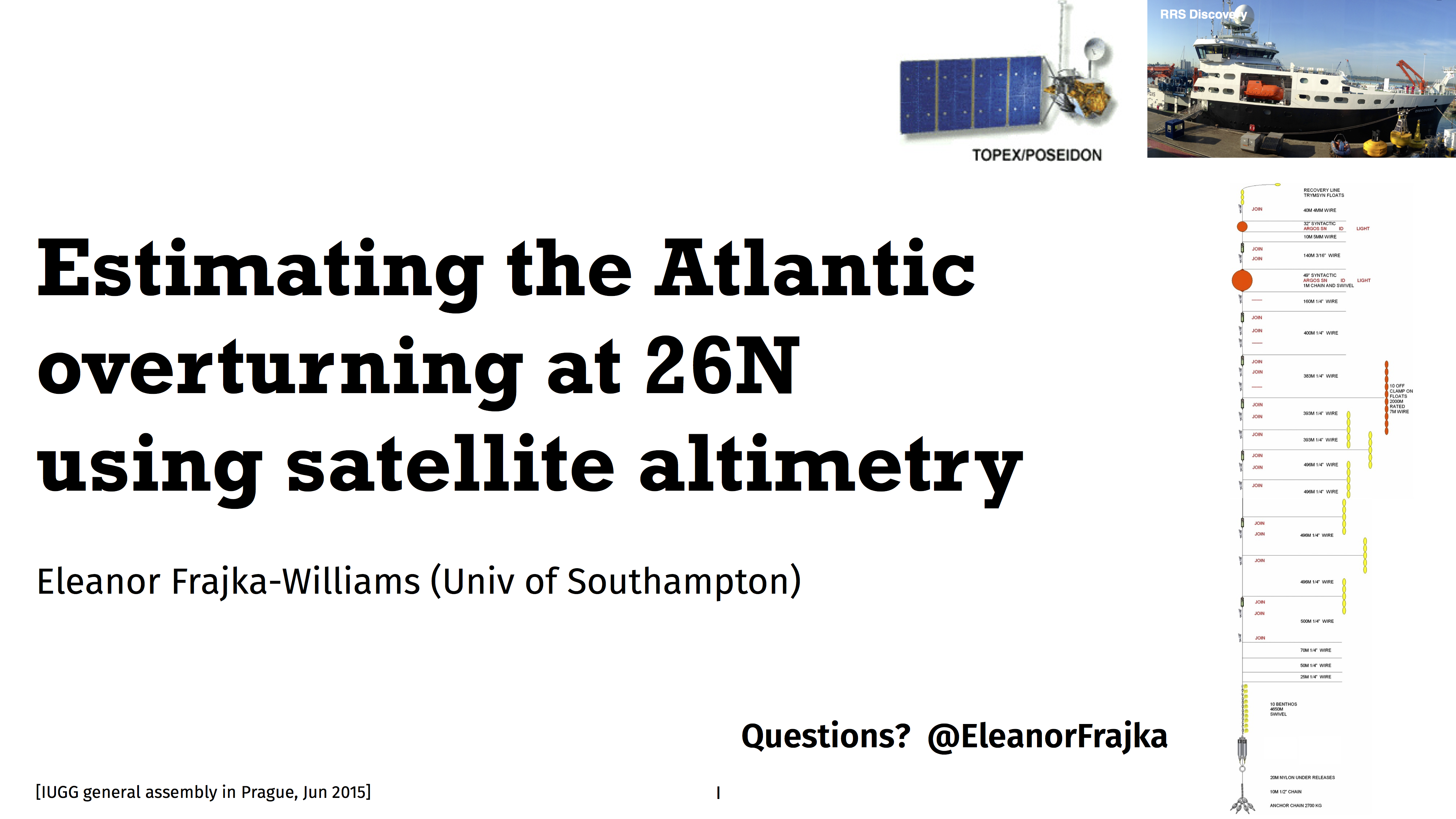 abstract: Observations of the MOC from boundary arrays have demonstrated substantial variability of the large-scale circulation from weekly- to interannual timescales. At 26?N, a reducing trend of -0.5 Sv/year was identified over 2004-2012, though the significance of this trend has been called into question amidst longer-term variations not yet measured. Here, we use sea surface height (SSH) data from satellites to estimate the interannual variability of transbasin ocean transports at 26?N. From the in situ observations at 26?N, we find that the variations at the western boundary dominate interannual variability of the MOC. Using a simple regression between SSH and transport, SSH near the western boundary covaries with the transbasin transports on interannual timescales and additionally shows the broad pattern of SSH anomalies associated with changes in transports. Combining SSH-derived estimates for transbasin transport with surface Ekman transport and cable measurements of the Florida Current, we construct a proxy time series of the MOC from 1993-2014. This satellite-based estimate recovers over 90% of the interannual variability of the MOC at 26?N as measured by the RAPID array. These results complement in situ observational efforts to measure transports at multiple latitudes, and open the door to a broader spatial understanding of the Atlantic circulation variability.