McCarthy, Gerard and Frajka-Williams, Eleanor and Johns, William E. and Baringer, M. O. and Meinen, C. S. and Bryden, H. L. and Rayner, D. and Duchez, A. and Roberts, C. D. and Cunningham, S. A. 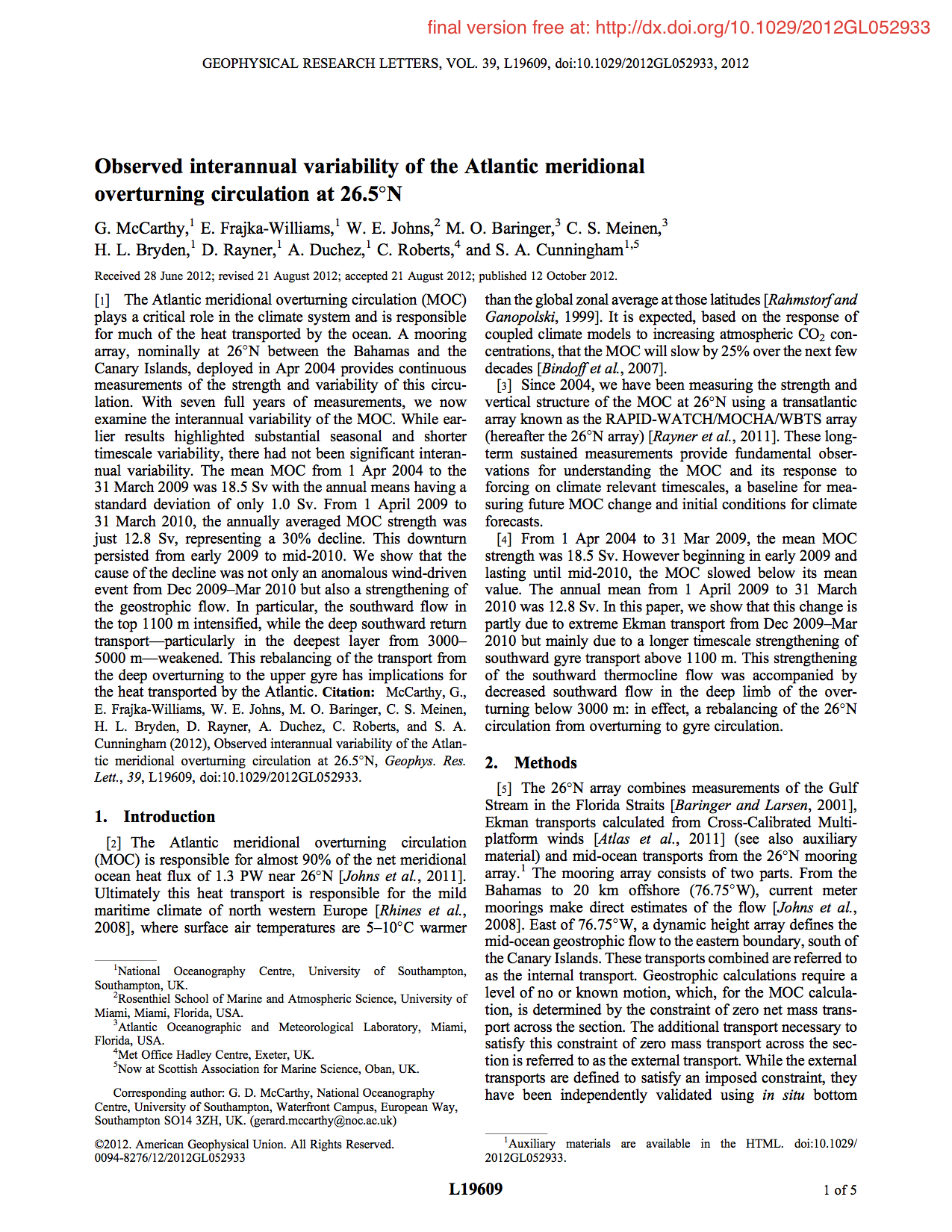 abstract: The Atlantic meridional overturning circulation (MOC) plays a critical role in the climate system and is responsible for much of the heat transported by the ocean. A mooring array, nominally at 26°N between the Bahamas and the Canary Islands, deployed in Apr 2004 provides continuous measurements of the strength and variability of this circulation. With seven full years of measurements, we now examine the interannual variability of the MOC. While earlier results highlighted substantial seasonal and shorter timescale variability, there had not been significant interannual variability. The mean MOC from 1 Apr 2004 to the 31 March 2009 was 18.5 Sv with the annual means having a standard deviation of only 1.0 Sv. From 1 April 2009 to 31 March 2010, the annually averaged MOC strength was just 12.8 Sv, representing a 30% decline. This downturn persisted from early 2009 to mid-2010. We show that the cause of the decline was not only an anomalous wind-driven event from Dec 2009–Mar 2010 but also a strengthening of the geostrophic flow. In particular, the southward flow in the top 1100 m intensified, while the deep southward return transport—particularly in the deepest layer from 3000–5000 m—weakened. This rebalancing of the transport from the deep overturning to the upper gyre has implications for the heat transported by the Atlantic.