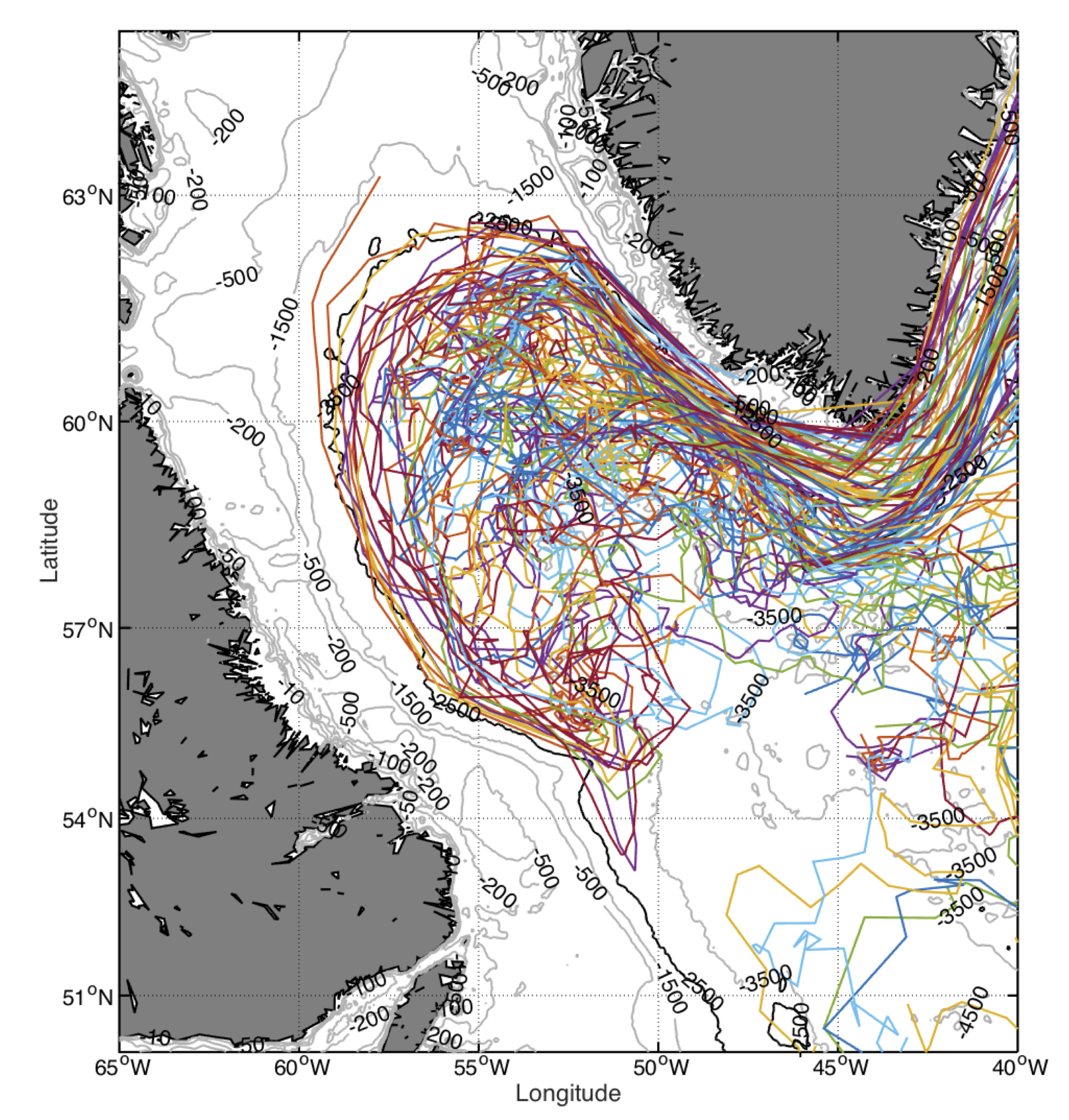 abstract: The Labrador Sea is one of a small number of deep convection sites in the North Atlantic, that contribute to the meridional overturning circulation. Buoyancy is lost from surface waters during winter, allowing the formation of dense deep water. In the recent decades, mass loss from the Greenland ice sheet has accelerated, releasing freshwater into the high latitude North Atlantic. This and the enhanced Arctic freshwater export in the recent years have the potential to add buoyancy to the surface waters, slowing or suppressing convection in the Labrador Sea. However, the impact of freshwater on convection is dependent on whether or not it can escape the shallow, topographically-trapped boundary currents around Greenland and Labrador. Previous studies have estimated the transport of freshwater into the central Labrador Sea by focusing on the role of eddies. Here we use a Lagrangian approach, tracking particles in a global, eddy-permitting (1/12^∘) ocean model, to examine where and when freshwater enters the Labrador Sea basin in the surface 30?m. We find that most freshwater enters in the east (near the west coast of Greenland), consistent with previous expectations. Seasonally two peaks of freshening are observed. The first peak occurs in the spring and results from a large number of shelf water particles. The second peak, occurring in the fall, is due to the low salinity of the West Greenland current at this time of the year. We find that in these simulations surface wind-driven Ekman transport, rather than eddies, are responsible for the larger year-to-year variability in freshwater transport from the shelves to the central Labrador Sea.