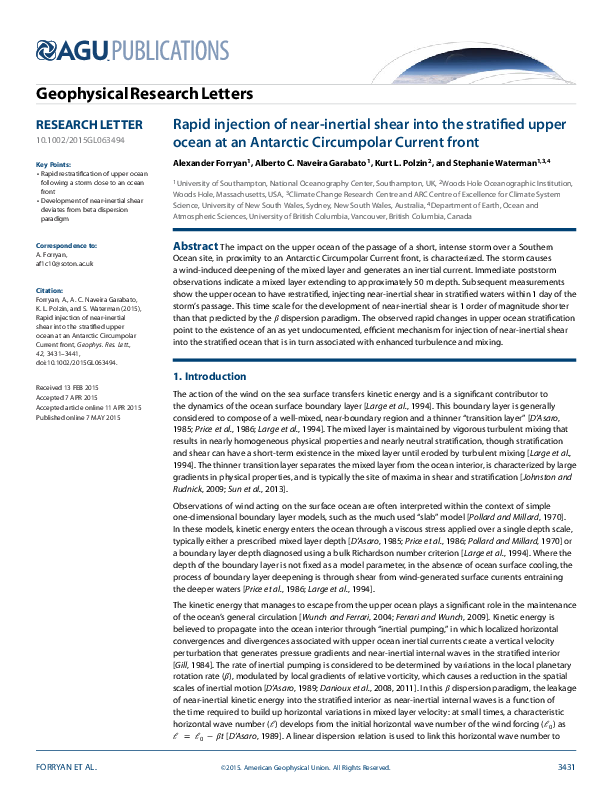 abstract: The impact on the upper ocean of the passage of a short, intense storm over a Southern Ocean site, in proximity to an Antarctic Circumpolar Current front, is characterized. The storm causes a wind-induced deepening of the mixed layer and generates an inertial current. Immediate post-storm observations indicate a mixed layer extending to approximately 50 m depth. Subsequent measurements show the upper-ocean to have re-stratified, injecting near-inertial shear in stratified waters within 1 day of the storm’s passage. This time scale for the development of near-inertial shear is one order of magnitude shorter than that predicted by the β-dispersion paradigm. The observed rapid changes in upper-ocean stratification point to the existence of an as yet undocumented, efficient mechanism for injection of near-inertial shear into the stratified ocean that is in turn associated with enhanced turbulence and mixing.