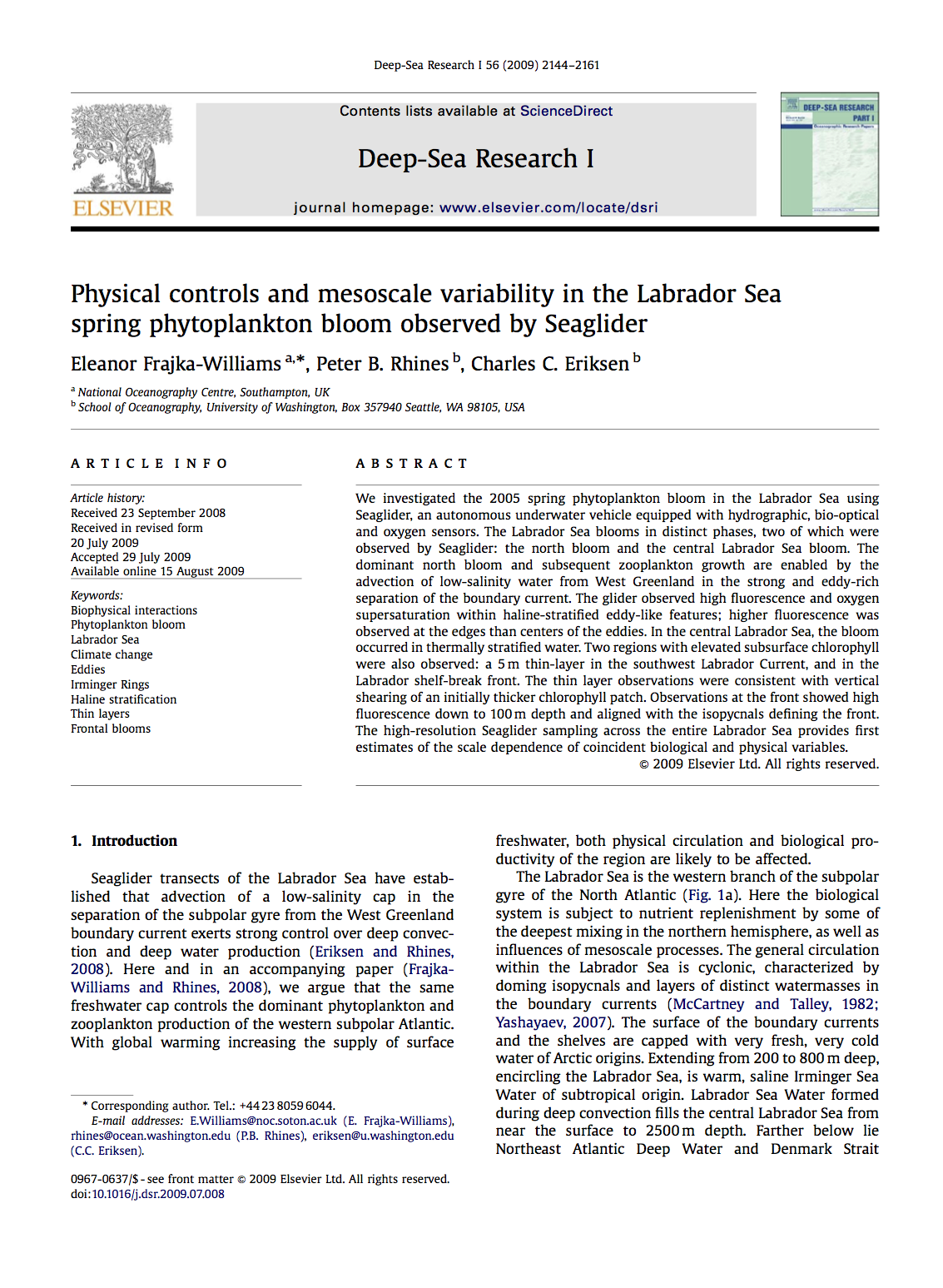 abstract: We investigated the 2005 spring phytoplankton bloom in the Labrador Sea using Seaglider, an autonomous underwater vehicle equipped with hydrographic, bio-optical and oxygen sensors. The Labrador Sea blooms in distinct phases, two of which were observed by Seaglider: the north bloom and the central Labrador Sea bloom. The dominant north bloom and subsequent zooplankton growth are enabled by the advection of low-salinity water from West Greenland in the strong and eddy-rich separation of the boundary current. The glider observed high fluorescence and oxygen supersaturation within haline-stratified eddy-like features; higher fluorescence was observed at the edges than centers of the eddies. In the central Labrador Sea, the bloom occurred in thermally stratified water. Two regions with elevated subsurface chlorophyll were also observed: a 5 m thin-layer in the southwest Labrador Current, and in the Labrador shelf-break front. The thin layer observations were consistent with vertical shearing of an initially thicker chlorophyll patch. Observations at the front showed high fluorescence down to 100 m depth and aligned with the isopycnals defining the front. The high-resolution Seaglider sampling across the entire Labrador Sea provides first estimates of the scale dependence of coincident biological and physical variables.